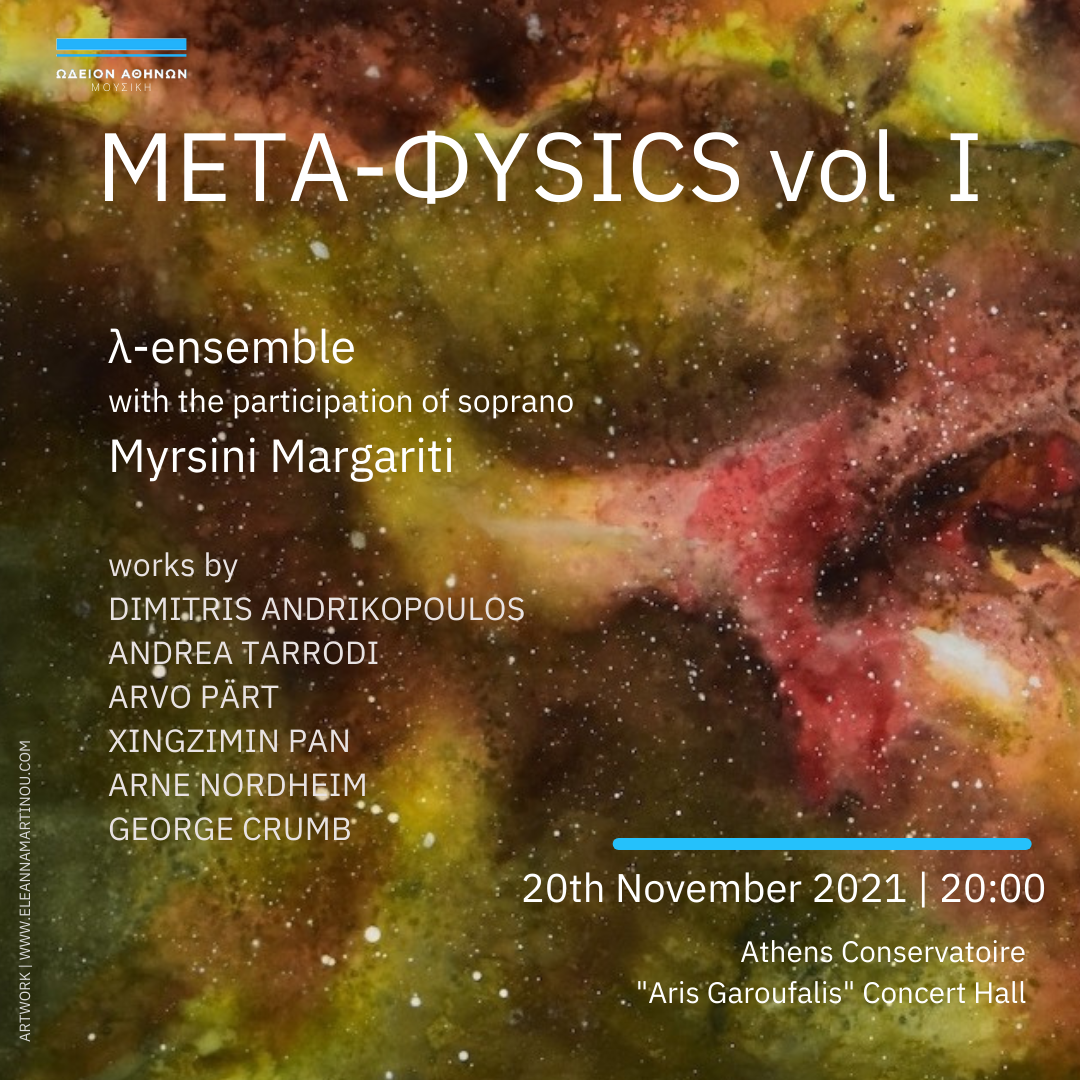 Humanity has been a witness to cosmological phenomena ever since its appearance on earth. Natural Phenomena (ΦYSICS), mostly beyond human’s control, and not-explainable Metaphysical Phenomena (META-ΦYSICS) compose an endless route and reflect the wisdom of the universe. The concert series META-ΦYSICS consists of programs performed each time by different members of the λ-ensemble. It includes works inspired by such phenomena as: sunrays, rainfall, snow-crystals falling, forest sounds, mammalian voices, ghost stories, souls of dead calling, demon steps, magic and spells, dreams, … It is about a crossing through our cosmos translated into sounds, focusing on music of the 20th and 21st century.