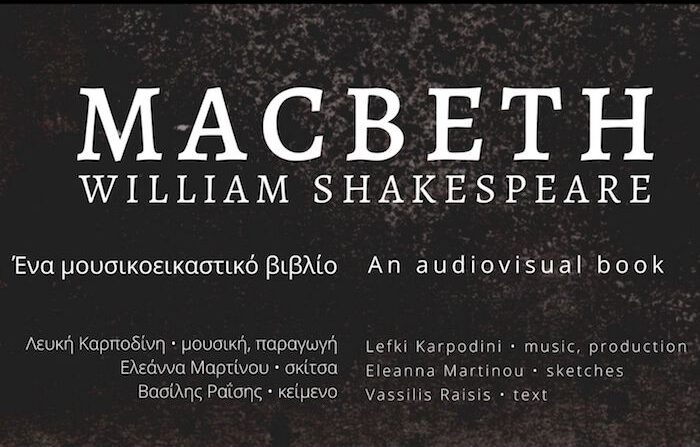 This is a digital audiovisual book based on Shakespeare’s “Macbeth”. The plot of Macbeth presented here with narration, music and sketches.

I would like to thank Vassilis for trusting me his text and for the inspiration during the few months working with him for the theatre production. Eleanna Martinou for the absolutely amazing sketches, which she literally did in one evening a few days ago and she gave them to me the morning after. Periklis Liakakis, who took the role of the narrator but also advised me on my compositions. Melina Charalabidi, for singing with her gorgeous voice for some of the tracks. A few notes: The music initially was written in January 2019 for the theatre production of the piece “Let’s save the show” with the Moraitis School Adult Theatre Team, written and directed by Vassilis Raisis. This music is the first piece of work I compose for theatre and it was also the first time I used Garage Band. All recordings are made in the home studio, using a laptop and a midi keyboard. The whole process of this project from composing for the theatre production till finishing this audiovisual book has given me some of the most fulfilling experiences of my life